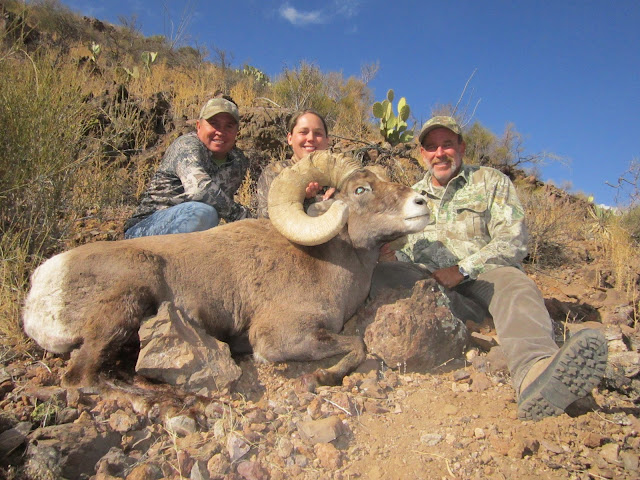 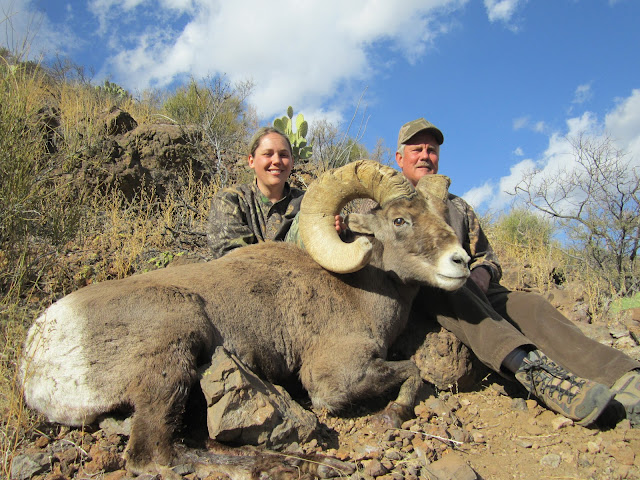 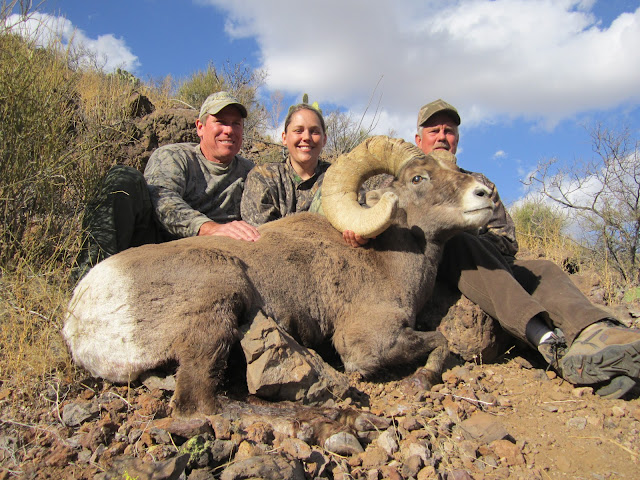 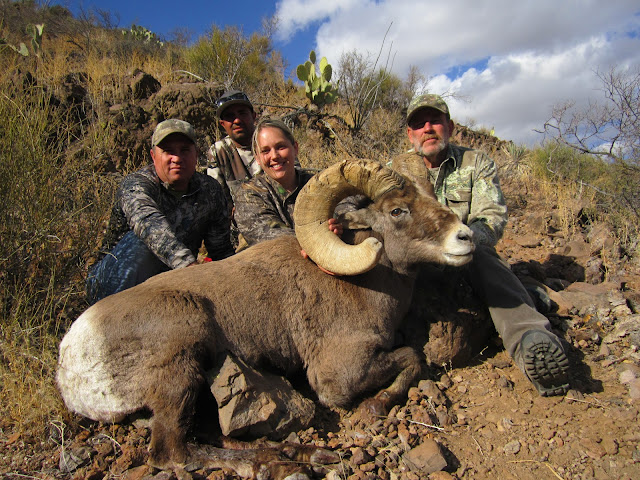 Greg and I were able to hunt with Courtney Murray this year on her 2012 AZ Rocky mtn sheep hunt. Courtney had seen the ram we called "Almost" on our blog and said if we could relocate him she would like to try and take him. I hiked in to some country and got a break when I saw a ram for only a few seconds at a mile and half or so. I called Greg and told him I had him located. Greg, Tony and Courtney's dad and uncle were looking for a ram in some other country we had been hunting. The next morning we all met up and hiked back into where the ram had been and found him right where I had left him the night before. Courtney made a great shot on her ram and took a very old and mature ram. Courtney had previously taken a desert and now a great rocky. Thanks to Tony Stanley for all his help.