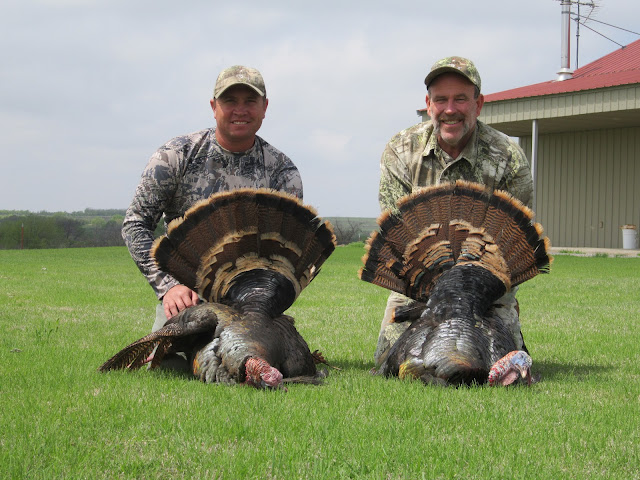 Greg and I were able to travel to Oklahoma and hunt Rio Turkeys with good friends Rick and Lynette Locatelli. On the day before season Rick took us around and showed us the property and where we would be hunting. There was definintly no shortage of birds. On the first day of the season Greg was able to take a great Gobbler with his bow. We had actually seen this turkey the day before. Greg knew this bird by the thick paint brush beard he had. After moving locations we were walking into a aera when we heard a turkey gobble. We quicly sat up and tried to call him in. He held up and I decided to sneak in and try to take him. I was able to get to 50 yds and decided that was close enough for a shotgun Rio. 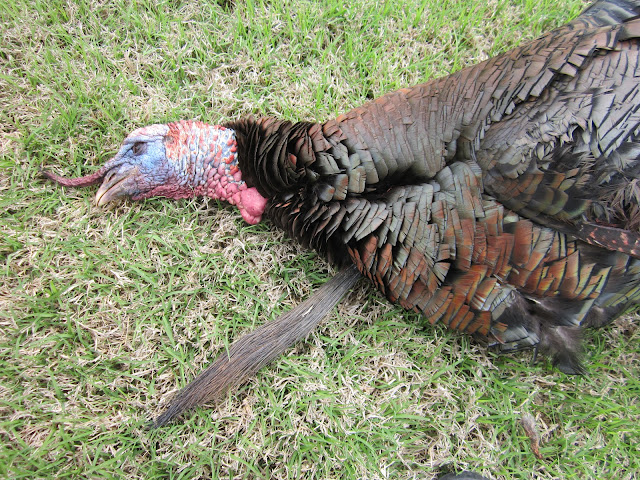 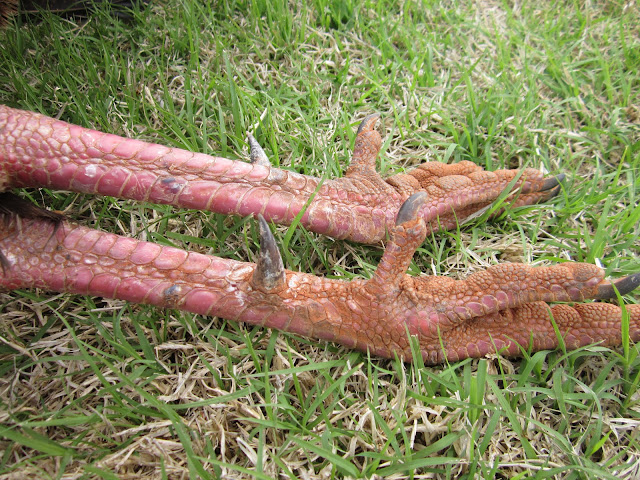 Both turkeys ended up having 10 beards and over 1' spurs. And weighed 25 pounds. If you've never seen a turkey up close they have the most amazing colors. 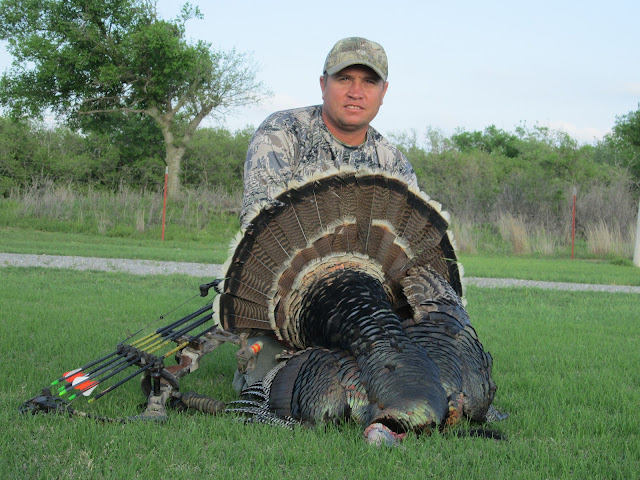 On the same day I had taken my first Rio I was able to take a 2nd turkey with my bow. Rick was setting with me when I arrowed him at 18 yds. It was truly exciting. This bird had a 9 beard and 1" spurs and also weighed 25 pounds. 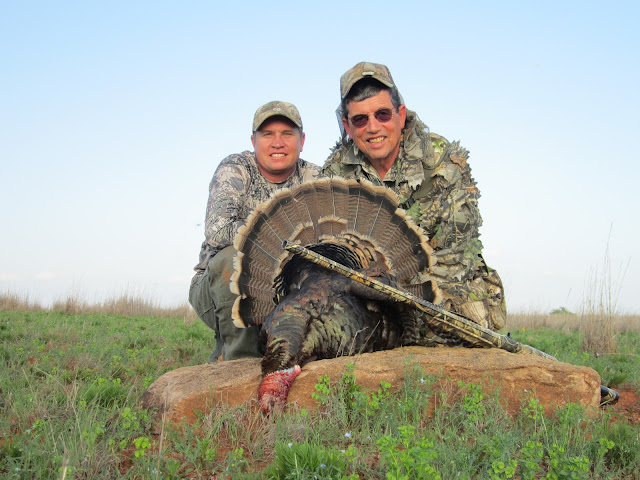 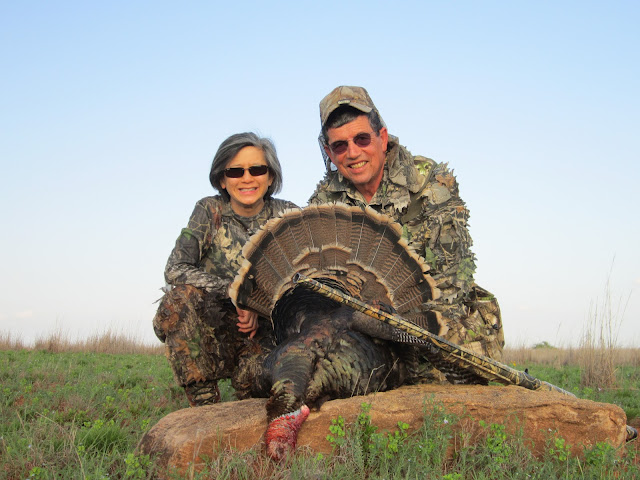 On the our last evening in Oklahoma I was able to help Rick take a Jake Turkey. It was fast and furious and the two jake's came to our decoy silent and caught us off gaurd.Rick made a great fast shot and he was down at 15 yds.
We can't thank Rick and Lynette enough for having us to their place and putting us up and feeding us. Thanks again Locatelli's for the great trip.
Posted by Unknown at 8:54 PM

Email ThisBlogThis!Share to TwitterShare to FacebookShare to Pinterest
Labels: Turkeys