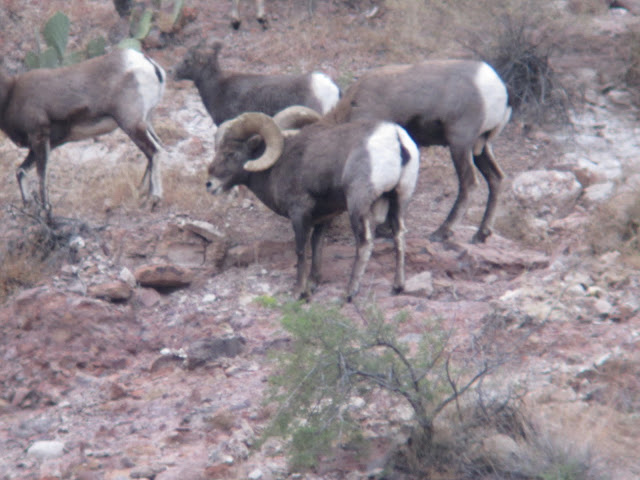 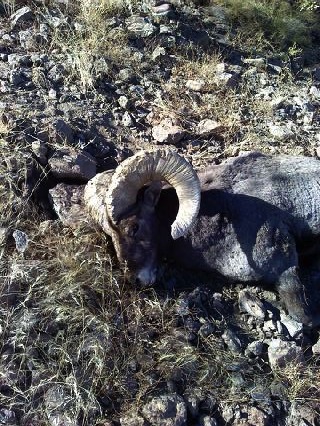 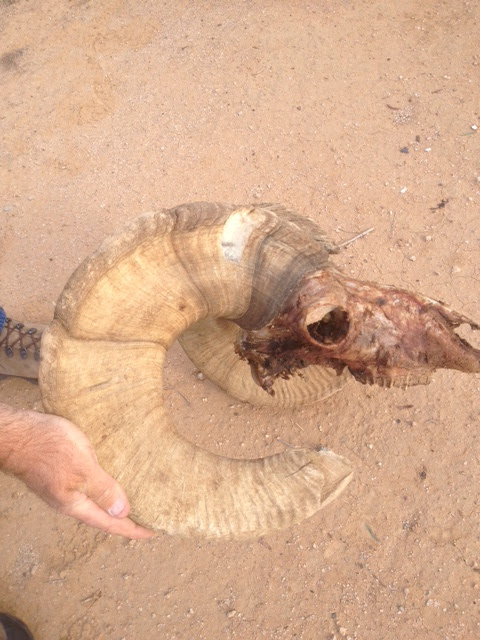 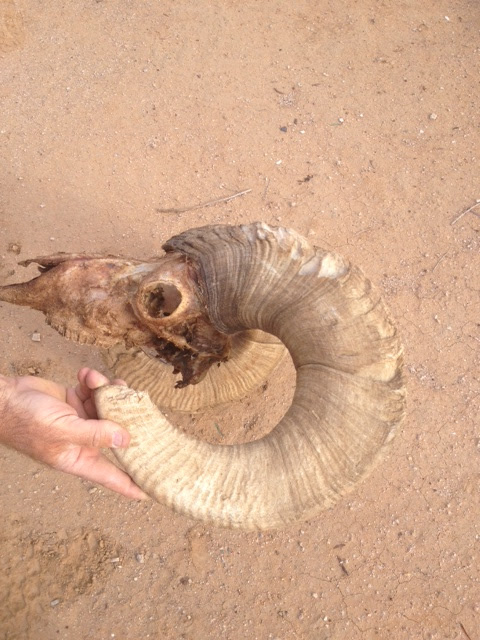 Here is a ram that we found during our hunt this year. We spent time looking for him to decided if he was a ram we wanted to hunt. He came up missing and a few days later one of our guides, Chuck Hill glassed him up laying down. After watching him for a short while Chuck and a couple of the guys that were with him determined he was dead. They made their way over to him and called AZ Game and Fish. The wildlife manager checked the ram out and decided the ram had either fallen off a cliff or had been knocked off by another ram.