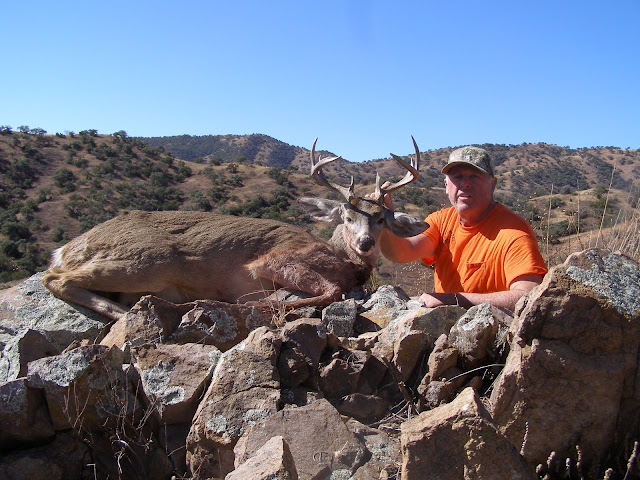 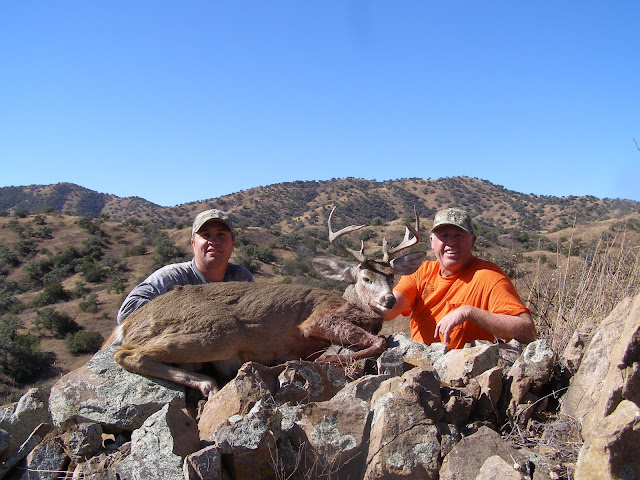 Here is the buck my Uncle Gail took with me on my ranch in old Mexico. This is the 3rd time Gail has been on the ranch. The first year he was there he and I hunted together and found a buck that was one of the biggest bucks I have ever seen. I thought the buck would score in the high 120's. We didn't connect on the giant buck and I know the buck still haunts me. On this trip Gail and his son David only had a couple of days to hunt due to prior commitments back in the valley. Gail and I got to a glassing point early and were on bucks before the sun was even up. We were after a buck that was around 100" but when this buck chased a doe right to us we decided to go ahead and take advantage. Gail made two great shots on this buck with his 300 RUM at over 350 yds.
Posted by Unknown at 4:40 PM