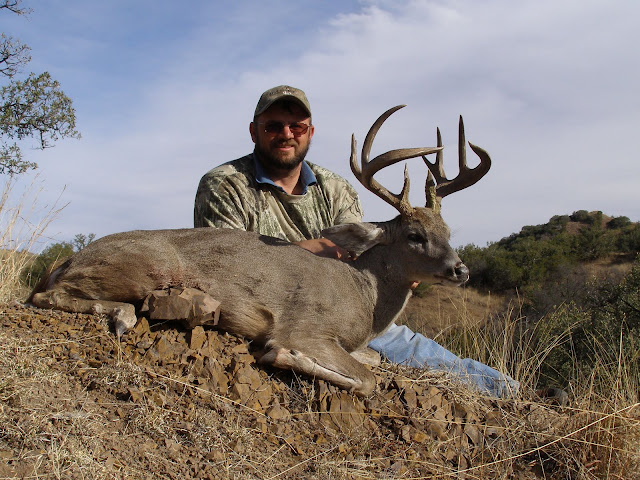 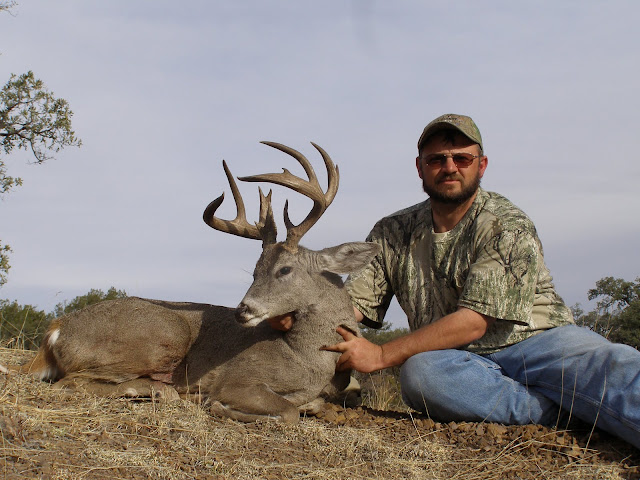 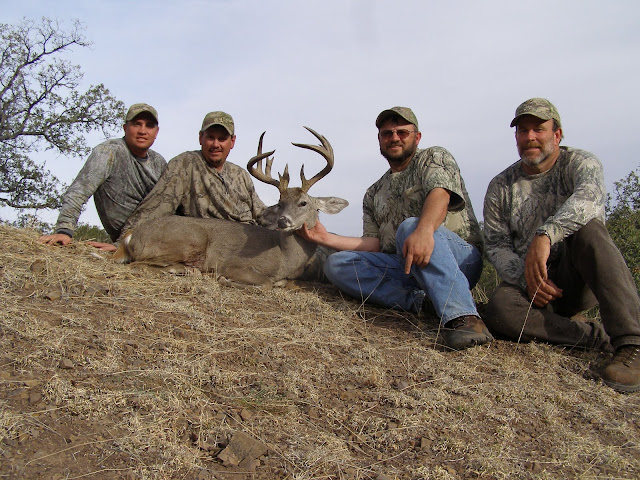 R.H Bryant took this once in a lifetime coues deer with us on our ranch in old Mexico. R.H. and I had been on a buck the day before that I told him was the biggest buck I had ever seen in Mexico. I thought the buck was in the mid 120's. The next morning we were back in the same spot we had been the day before. As luck would have it we found the buck but he was chasing a doe and had gone over a couple of ridges. Right then Greg call and told us that him and his hunter had found a buck and it was the biggest buck he had ever seen we couldn't believe it. To giant bucks in the same day.We high tailed it back to the truck and met up with Greg, we hiked in and found the buck still bedded. We sat on the buck till he got up. R.H. took his great buck with a 7mm STW. His buck scored 128"
Posted by Unknown at 5:43 AM