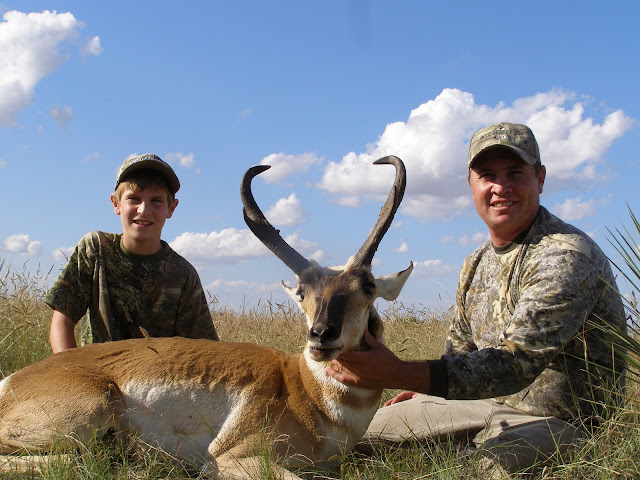 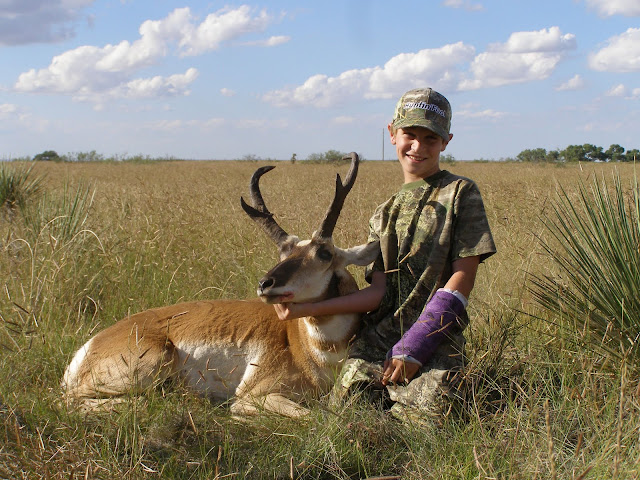 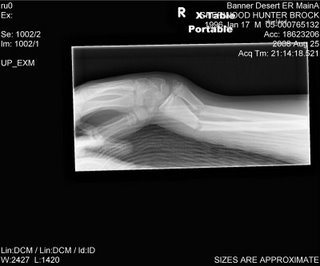 In 2008 I purchased a land owner tag for my son Brock to hunt Antelope. He had just started playing pop warner football, and at practice one night I got the call that he had broken his arm. I didn't know what we were going to do. We only had about 5 weeks till the hunt and we knew he wasn't going to be able to have his cast off for the hunt. We spent alot of time at the range working on his shooting. The season  is only two days long so we knew we had our work cut out for us. We stalked a couple of Antelope on the first day but couldn't close the deal. We had see this buck just off the ranch boundaries the first day and new he was the best buck. As luck would have it the buck moved onto the ranch the second day. Brock and I spent the whole second day stalking this buck. The closest we got was 600yds. The buck took his 12 does and high tail it out of there. Brock and I took off after the buck going through the open. The buck saw us and came running back towards us. I had Brock drop down and get ready. The buck came to 40yds to try and figure out what we were. Brock shot his buck with a 22-250.
Posted by Unknown at 9:10 PM

Email ThisBlogThis!Share to TwitterShare to FacebookShare to Pinterest
Labels: Antelope