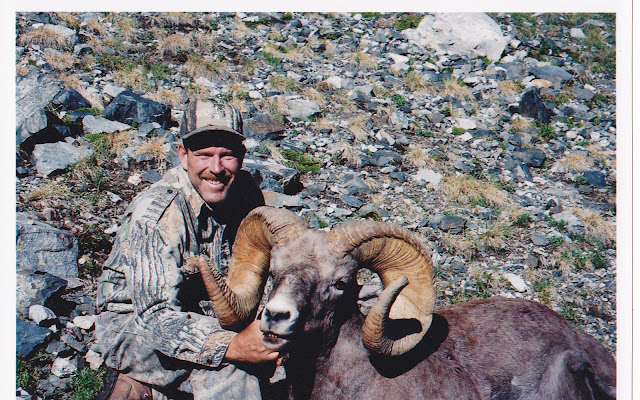 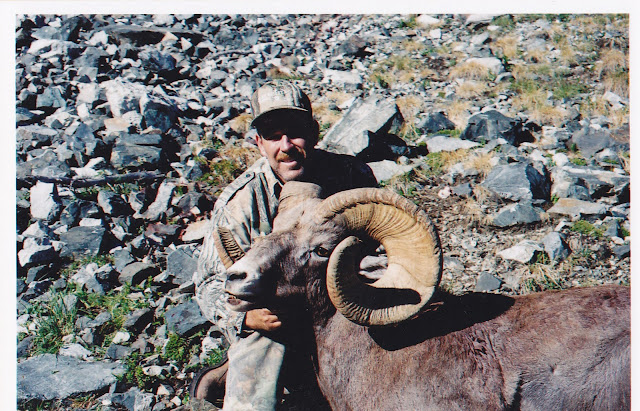 ﻿In 2003 Greg was the lucky winner of the New Mexico FNAWS raffle tag. His wife Laurie had bought him $200 worth of tickets for fathers day. After making a couple of scouting trips over to New Mexico Greg new exactly where he wanted to be opening morning. Just a few hours into opening day Greg had just taken his grand slam ram and the new state record rocky mountain sheep with a score of 195 2/8. He also won the gold metal award  that year at FNAWS.
Posted by Unknown at 3:38 PM