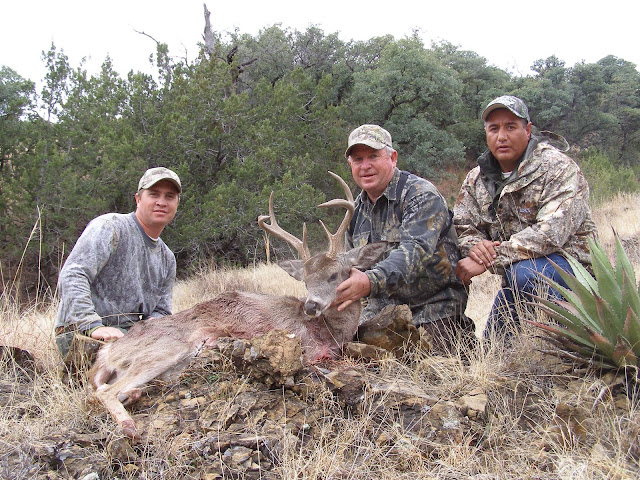 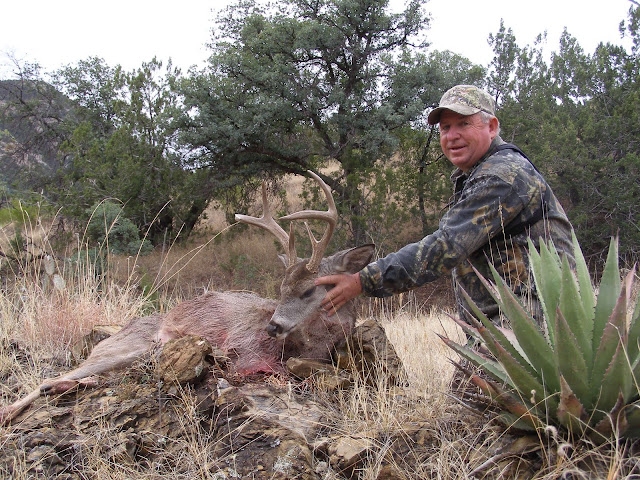 A few years ago my dad came down to the ranch to hunt.We hunted for a couple of days for a giant buck we had found on the first day. Late on the fourth day I found this big 2x2. I told my dad its to bad he didnt have a third he would be over a 100". He wanted to shoot him right then. I told him we could find something better. On the way back to the ranch house my dad told me he wanted to go back tomorrow and find the buck. The next morning we found the big 2x2 tending some does not a 100yds from where he was the day before. My dad made a great down hill shot on the buck. This was his first coues and the first buck he had shot in over 20 years﻿. The buck ended up scoring 89" as a two point. Thanks to Martin my right hand man.
Posted by Unknown at 1:34 PM